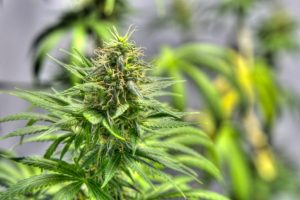 In 2014, Governor Gary Herbert signed House Bill (HB) 105, the Utah Industrial Hemp Research Act and Hemp Extract Registration Act. The bill—which exempted individuals with intractable epilepsy who use or possess extract from a cannabis plant, or a mixture or preparation containing cannabis plant material, that is composed of less than 0.3 percent tetrahydrocannabinol (THC) by weight, is composed of at least 15 percent cannabidiol (CBD) by weight, and contains no other psychoactive substance from the penalties related to possession or use of the hemp extract under the Controlled Substances Act—was named Charlee’s Law in honor of Charlee Nelson, a 6-year-old who the Daily Mail reported had as many as 500 seizures a day and suffered from the neurodegenerative disorder Batten disease.

In addition to lacking provisions that allowed potential users to acquire approved oils or cultivate marijuana, Charlee’s Law also had a sunset date of July 1, 2016. Governor Herbert signed a couple more bills this year that could give hope to Utah residents who are seeking medicinal marijuana.

SB 219 provides a schedule in the state Controlled Substances Act for CBD in a drug product approved by the FDA. While the Desert News reported on January 27 that state lawmakers were considering laying the groundwork for medicinal marijuana, they had no plans this year to make it legal in Utah. Representative Gage Froerer told the Desert News that lawmakers also wanted to “wait until the Trump administration’s stance on medical marijuana becomes clear.”

Marijuana, however, has been routinely shown to control or decrease the symptoms associated with epileptic seizures or other severe seizure disorders. Smoking cannabis has also proven helpful for people suffering from multiple sclerosis, cancer, Crohn’s disease, and glaucoma.

Without access to legal marijuana or even CBD oils, many people with serious medical conditions who stand to benefit from cannabis use instead risk serious criminal penalties for possessing marijuana. While possession of smaller amounts of cannabis is usually a misdemeanor offense, repeat offenses or cases involving possession of larger amounts can lead to felony charges.

If you are arrested in Utah for alleged possession of marijuana that you needed to help treat you or your loved one’s medical condition, it is in your best interest to immediately contact an experienced Salt Lake City criminal defense attorney. Darren Levitt is a lifetime member of the National Organization for the Reform of Marijuana Laws (NORML), a nonprofit organization with the mission “to move public opinion sufficiently to legalize the responsible use of marijuana by adults, and to serve as an advocate for consumers to assure they have access to high quality marijuana that is safe, convenient and affordable.”

Darren Levitt is a trial attorney and founder and manager of the law firm Levitt Legal, PLLC. As an attorney, Darren works to protect, defend and uphold the freedom, liberty, property, and constitutional and unalienable rights of individuals.